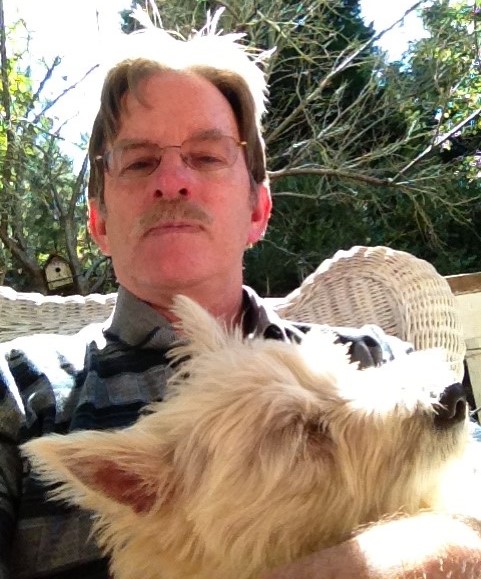 Don began working with The Center for Volunteer Caregiving in Spring 2020 after the start of the pandemic. Don is no stranger to volunteering and serving his community and has spent a lifetime giving back. A few of his past volunteer roles include serving as a coach for his children’s sports teams, Cub Scout leader, high school mentor, and with the Miracle League of the Triangle (a baseball league for those living with special needs). Recently, he has applied to be a tennis coach for the Special Olympics as he is an avid tennis player. Don is a big sports fan and enjoys both college and professional basketball, football, tennis and hockey (Go ‘Canes!). You might be able to find him playing ping pong at the Cary Senior Center at open play on Friday afternoons, if it’s not too crowded.

After retiring four years ago, Don asked himself “what do I want to do?” “I had the time to give back and felt fortunate to be able to do so. I wanted to find an area where there was a true need.” He saw the struggles his elderly neighbors were having and started tuning in to their needs. He realized how much they valued and appreciated spending time and talking with others. Before Don found The Center, he tried several other volunteer opportunities which were not the right fit for him. “They did not have the urgency and did not seem to really need the volunteer.” He found The Center through a volunteer site on the internet and felt this would be the perfect fit for him to more fully use his talents.

Don has volunteered primarily in the caregiver respite program and has also assisted with transportation needs. He has seen first-hand the many stressors caregivers face. Don especially enjoys the process of developing a good relationship with both the caregiver and the care receiver, earning their trust, and building comradery. This relationship adds great value and reward to the work. Don really explores his care receiver’s interests and personal strengths to find something in common that he and his care receiver can share. When he is able to do this, it makes for the best fit and they look forward to their visits.

Don continues to learn and grow through these shared connections. He has learned to play checkers with Howard, practices his scrabble game with Bob, and discusses astronomy and black holes with Barry. Don keeps active during his visits where they may play harmonicas together or do stretching exercises with a Parkinson’s care receiver. And he is looking forward to enjoying walks in nearby public parks with a new care receiver he will be visiting with soon. Being useful in these ways is very fulfilling for Don as he feels he not only has fun with his care receiver but gives the caregiver a much needed break.

Don has seen the positive impact he is having on the caregivers. When he first began visiting one of his caregivers, she was overwhelmed. During this past year he has seen her shift to a place of more ease. She is not as overwhelmed and is able to take time for herself, such as attending a regular yoga class. Both the caregivers and care receivers value Don’s time, and he can see the significant impact he is making.

Families enjoy Don as much as he enjoys volunteering. One caregiver wrote “Thank you so very much for this help. It helps me so much and I appreciate Howard’s wonderful caregiver (Don). He is so good with Howard and I am so thankful.” On a recent phone call with another family, the caregiver raved about how much they love Don and what a great help he has been to them over the past year.

Since Don is retired, he has a lot of time to give. He has a consistent volunteer schedule and sees families Monday through Thursday at approximately the same time each week. Don tries to limit his commute to within 20 minutes so he is able to volunteer for longer chunks of time in the home. Don has reported 940 hours of volunteer service since he started with The Center in April 2020!   Don says he is impressed with The Center staff who are great to work with. He says they screen and coordinate the matches which makes volunteering easier. He has also found support through the staff in processing his experiences and has learned more about setting appropriate boundaries with his families. When asked if he had any tips or advice for other volunteers, he said, “Boundaries is the biggie. I learned a lot from Lisa and Elaine. Letting them [caregivers and care receivers] know what you can and can’t do…. try to work with the caregiver doing what you can do for them, without going further than you want to go.”