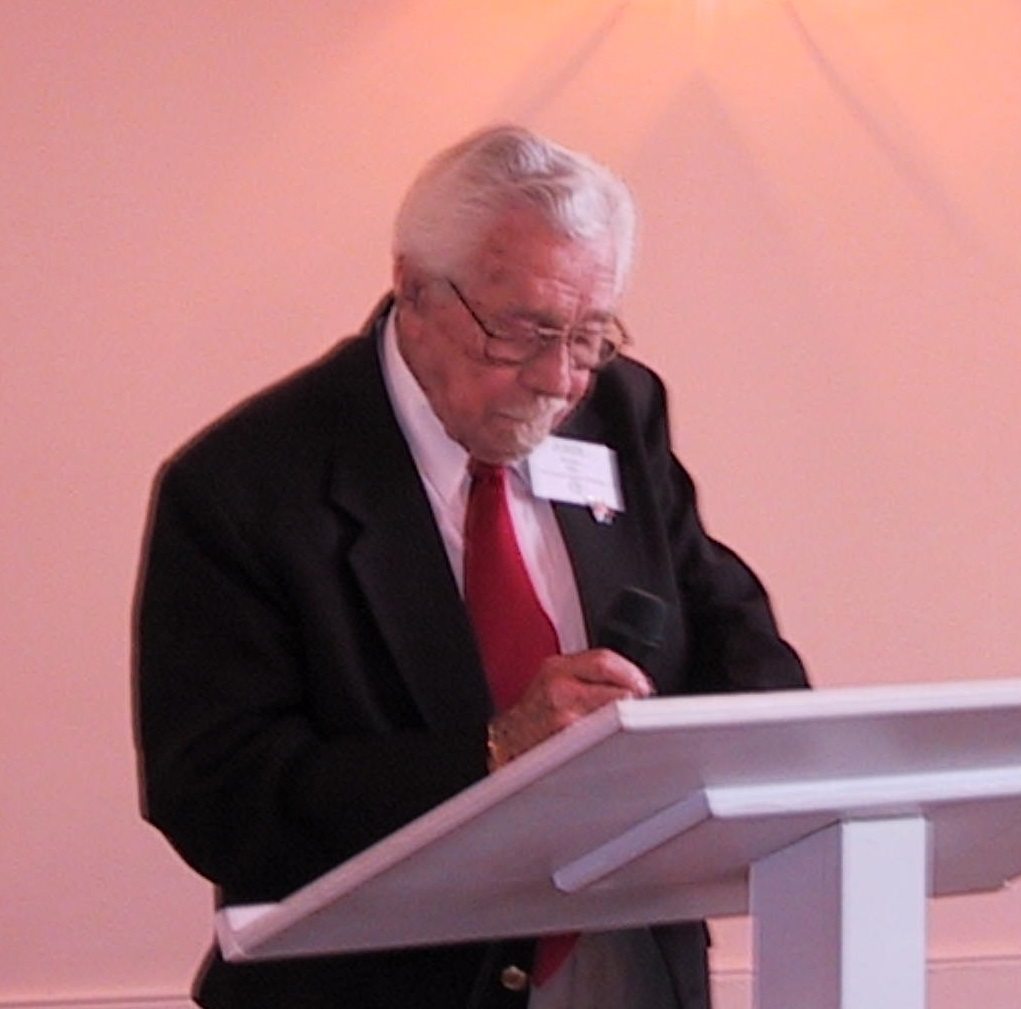 The earliest recorded meeting for The Center for Volunteer Caregiving, formerly known as Wake Interfaith Volunteer Caregivers, was held on May 6, 1992 at First Presbyterian Church in Raleigh. It was a “Dutch” luncheon that cost participants $2.75. The agenda items included reviewing materials for submitting a grant proposal that John Meares brought to the group.

It was part of John’s character to be thinking of others. John was 95 when he died in 2005. He left behind a rich legacy of volunteerism that stemmed from his efforts as Division of Aging work with housing programs for seniors and as a lay minister at First United Methodist Church in Cary.

“He is a tireless worker to provide volunteer support to elderly and disabled adults of Wake County through The Center for Volunteer Caregiving that helps adults to maintain independence, dignity and quality of life,” wrote June Barbour in an article published in the Summer 2005 edition of “Senior Citizen Voices.”

Shortly after John’s death, The Center established The John M. Meares, Sr. Award for his commitment to the spirit and tradition of “Neighbor Helping Neighbor.”

The first recipient of The John M. Meares, Sr. Award was Doug Richmond. Doug has been volunteering with The Center since its inception; and during 2006, Doug volunteered over 300 hours. Doug not only volunteered with individuals served by The Center but he also dedicates much of his time as a member of The Center’s Board. Today, Doug serves as an Honorary Board Member.

Please join The Center in celebrating 25 years of service to the community as we honor our volunteers and partners.

Friday, April 28 from 6:30 – 10 p.m. at the N.C. State University Club
Register now for this year’s Red Carpet Rendezvous celebrating The Center’s 25 years of service to the community. Fantastic Live and Silent Auction items, our legendary Wall of Wine that includes one bottle valued at $185 are part of the event that includes great dance music from The Carolina Sound Committee.

Download the Handbid APP today so you are ready for mobile bidding. Speciality items will be availabile for bidding on April 21.

Thank you to our Sponsors. Financial and in-kind sponsorships help us to defray expenses and raise the most money for the programs and services benefited by this exciting event. Every day volunteers from The Center for Volunteer Caregiving are engaged in providing services to improve the lives of seniors, caregivers and adults with disabilities.