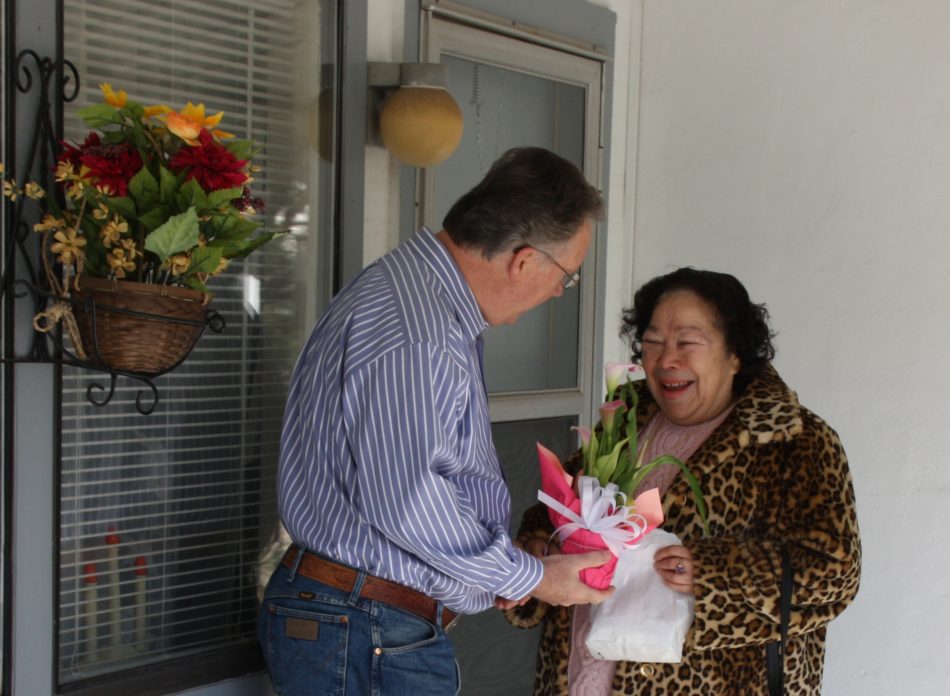 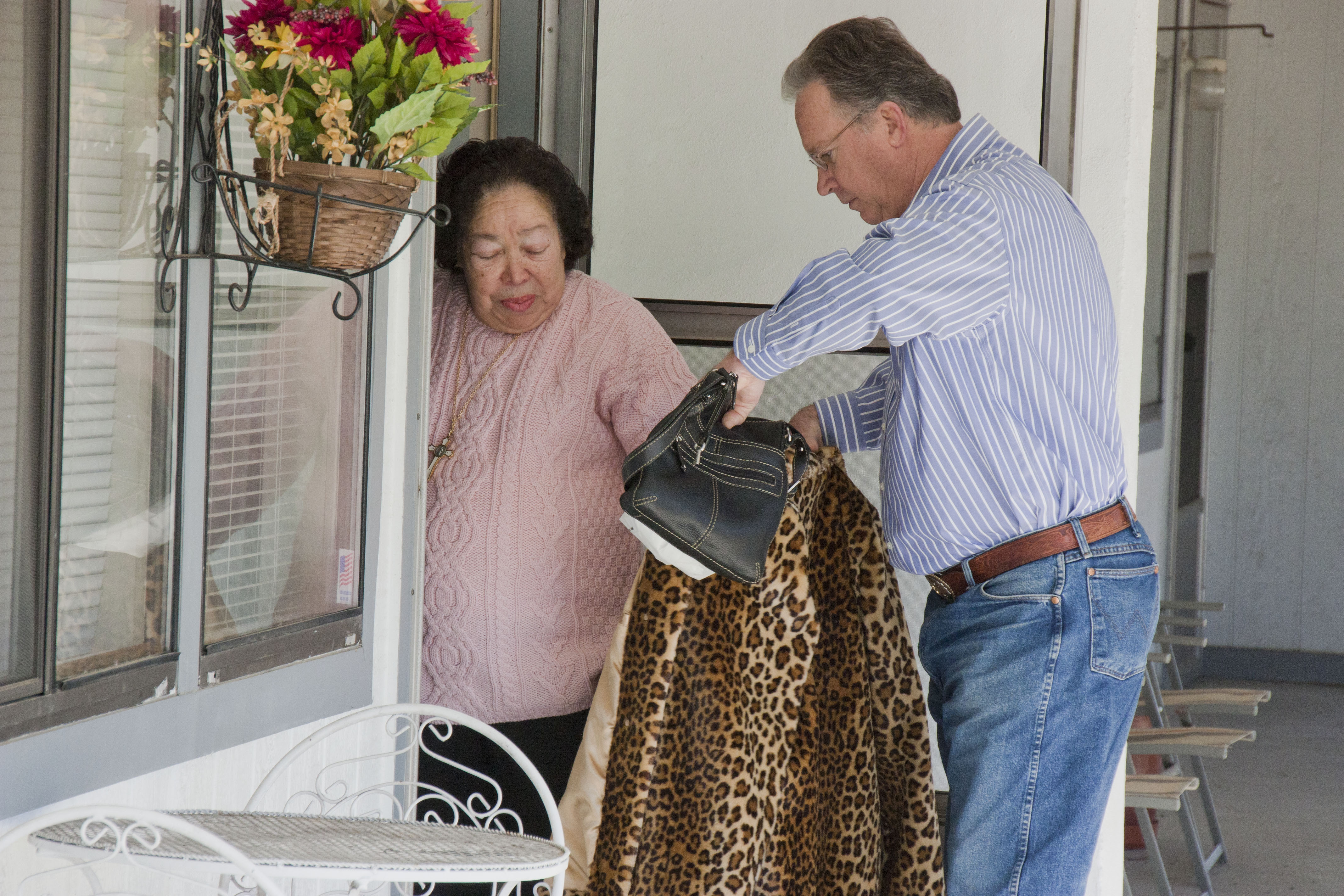 Terry Brest, longtime volunteer and friend, was a celebrity at The Center for Volunteer Caregiving. He always made time to help others and went beyond the call of service when possible.

Over the course of 10 years, Terry drove almost 4,500 miles taking Care Receivers to the doctor, the grocery store and on other essential trips. His words of advice to volunteers are wise ones; “The next time someone needs you … just be there. Stay.”

Because of Terry’s history with The Center for Volunteer Caregiving, we asked him to “star” in our Transportation video that we made as part of our new Online Training. Thanks to Terry’s willingness to help with that video, hundreds of new volunteers have been trained through our online modules. In the pictures above and in the video, Terry is shown with Hillary, a longtime Care Receiver who said she didn’t know how she would ever manage if she didn’t have volunteers like Terry helping her.

We are sad to hear of Terry’s death on May 13, 2017. It’s as if life came full circle for Terry who in the final days relied on the graciousness of others to care for him after years of caring for others. In the video below, Terry mentions one of the reasons he wanted to help others is to have a better understanding of what’s coming down the road.

Terry’s volunteer efforts started in 2007. He was recognized in 2011 as our Transportation Volunteer of the year. During those four years, Terry took 65 Care Receivers on 300 rides. Terry increased the impact of his work in 2013 when he registered his hours of service through On Demand Community as an IBM retiree. By logging over 100 hours of service and training staff using IBM tools from On Demand Community, The Center was awarded community grants that totaled $6,000.

Terry occasionally sent encouraging stories he read online. With one story, he added “Have a great day and bless someone else in some little way today – God is good!”
It was Terry’s faith and friends that kept him strong during his illness. We are thankful for Terry and his family. Click here for funeral arrangements.